How did we get here?

We traveled to Peru in the summer of 2005 as part of a team from Crossroads Presbyterian Church. The trip was only nine days long and consisted of primarily a vacation bible school and some construction on the missionaries’ property. However, shortly after our trip, we both had a strong desire to return to Peru for a greater length of stay.
We investigated the opportunities with Mission to the World and with prayer and counsel from our session, we decided to apply for a short-term position with the mission agency. 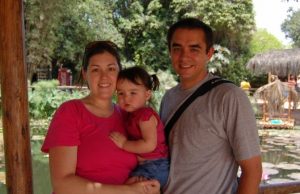 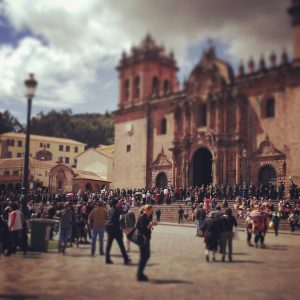 “The Archaeological Capital of America” is the largest and most visited tourist attraction of Peru. Cusco was the largest city and capital of the Inca empire, “the Tahuatinsuyo” (which encompasses much of Ecuador, Colombia and Peru, Bolivia, Argentina and Chile), then won by the Spanish conquistadors, hence its current architecture is a fusion of Inca style and Iberian. Its people maintain with great pride their customs and traditions. It also seems essential to know the mystic and enigmatic citadel of Machu Picchu as the Spaniards were never able to find and that was discovered by Western culture in 1911. Due to its historical value and beauty, Cusco, like Machu Picchu, is listed as a Cultural Heritage of Humanity.

Cusco has been known to also be the center of many cultural events in Peru. Init Raymi, a festival of the Sun god, and Qoyllur Rit’i are celebrated in Cusco among many others.

The Quechua people are remnants of the ancient Inca Civilization that populated most of the western side of South America prior to the Spanish invasion in A.D. 1531. Quechua was the name given to the official language of the Inca Empire—hence the reason today why it is still just considered a language. When the Inca Empire collapsed under Spanish rule, the natives and indigenous people remained in the hinterlands and mountains of Peru and Ecuador. To this day they remain ill-treated and despised by many of the Spanish. However, the Quechua Indians have remained intact. There has been almost 500 years of history without strong Quechua leadership and the people group has remained, for the most part, unbroken. Nevertheless, the influence of the Spanish has not been denied. 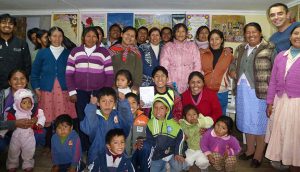 The Incas were an animistic people who believed the Andean mountains had special power and dominion. Hundreds of other gods and myths provided the foundation for a very ancient religion. The arrival of the Spanish brought Catholicism. The Catholic Church eventually endorsed war with the Incas and the destruction of their empire. However, to appease the Spanish, many of the Catholic rites were adopted by the Quechua Indians. Therefore, the adoption of a few rituals and beliefs into the Andean mythology allowed the Quechua people to lose their status of ‘enemies of the Church.’ It has been quite destructive, from a Christian’s perspective.

What has occurred is a complete syncretism of Catholicism and the Incan mythology. All kinds of Christian symbols and rites are used every year, but they only reflect the hidden Andean religious meanings. For example, praying to the Virgin Mary might satisfy Inti, the god of the Sun. Pachamama, the mountain god and god of earth, provides fields with fertility and allows the farmers to reap the blessings. Yet, on the top of that mountain that is worshiped is a wooden Cross—there to symbolize the blessing of Pachamama. There is very little distinction between the two religious systems and neither are the pure forms of what they were.

The Quechua people are very festive and love to party. Their lives are centered around the village they live in and the greater family that they are a part of. Sustenance farming is the most common vocation with providing very little income. However, there are tons of differences, culturally and socially, that make each region of the Quechua unique. Most notably is the difference in the language. While still under the name of Quechua, the dialects between these regions is severe enough to prevent travelers from understanding each other. Numerous translations of the Bible have already been made and are being distributed. 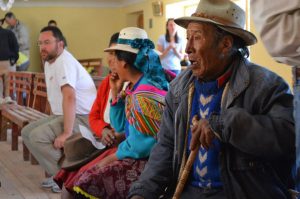 An ethnographic approach to the Quechua people reveals that they are in need of the Gospel, contextualized to their understanding and worldview. The family values, while strong and mislead, and the focus on village life reveal a need for a saving grace that provides and redeems. Christ is the leader of the great village and He died for His people. The Quechua people can relate to a man who dies for others, who sacrifices for all. However, the syncretistic religions are intertwined with culture and necessitate social and cultural reform. The missionaries there now are working hard against years of mistreatment, a lack of trust, and religious confusion. Therefore, the mission field is in great need of strong Christian nationals to rise and lead the church. May God bless the work in the hinterlands of South America and may He open the eyes of the Quechua people.